The Supreme Court of the United States rocked the world of retail last June when it ruled that physical presence was not the sole requisite for sales tax collection. But what does that mean for ecommerce merchants?

In this post-Wayfair world, “economic and virtual contacts” between a business and a state (economic nexus) can prompt a sales tax collection obligation. This means economic nexus should be on the radar of any business selling to customers in more than one state.

What is economic nexus?

Under economic nexus, a business establishes an obligation to collect and remit sales and use tax by its economic activity in a state. Generally, states look at the volume of sales or the number of transactions during a particular time frame, usually (but not always) the current or preceding calendar year.

For example, South Dakota economic nexus is established when in the current or preceding calendar year a seller has more than $100,000 in gross sales of tangible personal property, electronically-delivered property, or services delivered into the state, or 200 or more transactions of the same.

Which states have economic nexus?

The list of states with economic nexus is growing almost weekly. As of October 1, 2018, economic nexus policies will be in effect in fifteen states, including Illinois, Maryland, and Washington. This new way of taxing remote sales is scheduled to take effect in 10 additional states in the months that follow, and it’s currently under consideration in several other states, including California and Texas. Check the impact of your state's economic nexus.

When does economic nexus take effect in each state?

Several states had adopted economic nexus prior to the Supreme Court ruling in South Dakota v. Wayfair, Inc., though they couldn’t enforce those laws until after the court ruled in South Dakota’s favor on June 21, 2018.

Eager to reap the revenue from remote sales, Hawaii, Maine, and Vermont started enforcing economic nexus on July 1, 2018. Other states are giving themselves — and businesses — a bit more time to adjust to the new reality. Currently, start dates range from September 1, 2018, to January 1, 2019.

Can economic nexus be applied retroactively?

However, the court did highlight three aspects of South Dakota’s tax system “that appear designed to prevent discrimination against or undue burdens upon interstate commerce.” These are:

Taking the above into consideration, many states have made it clear that economic nexus will be applied on a prospective basis only. Hawaii, which initially sought to look back to the start of 2018, decided not to administer economic nexus retroactively “to avoid any constitutional concerns.” Nonetheless retroactive enforcement isn’t prohibited by the Wayfair ruling, so it remains a possibility.

What do you tell controllers and CFOs about their sales tax obligations? 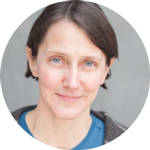 Guest Post - Gail Cole, Avalara
Gail has been researching and writing about sales tax since 2012. She has a penchant for uncovering unusual tax facts and endeavors to make complex sales tax laws more digestible for experts and laypeople alike.