In my experience, technical conferences are often overly technical or overly general with unapproachable speakers and too many attendees to develop any amount of relationship. Not this one. Not Peers.

Peers is a three-day tech conference for designers, developers, and web business owners to come together and talk shop. It offers the perfect blend of technicality and generality along with an appropriate number of attendees for quality networking. The 2015 edition of Peers was held in Philadelphia, the city of brotherly love— fitting for a conference titled as it is. I’m not going to go in to all the details regarding the workshops and sessions, but I do want to highlight a few key points from the conference that were inspiring.


On Thursday I participated in the technical workshop offerings; The Future Of Craft Plugin Development and Git: Under The Hood, lead by Brandon Kelly and Ryan Irelan, respectively. 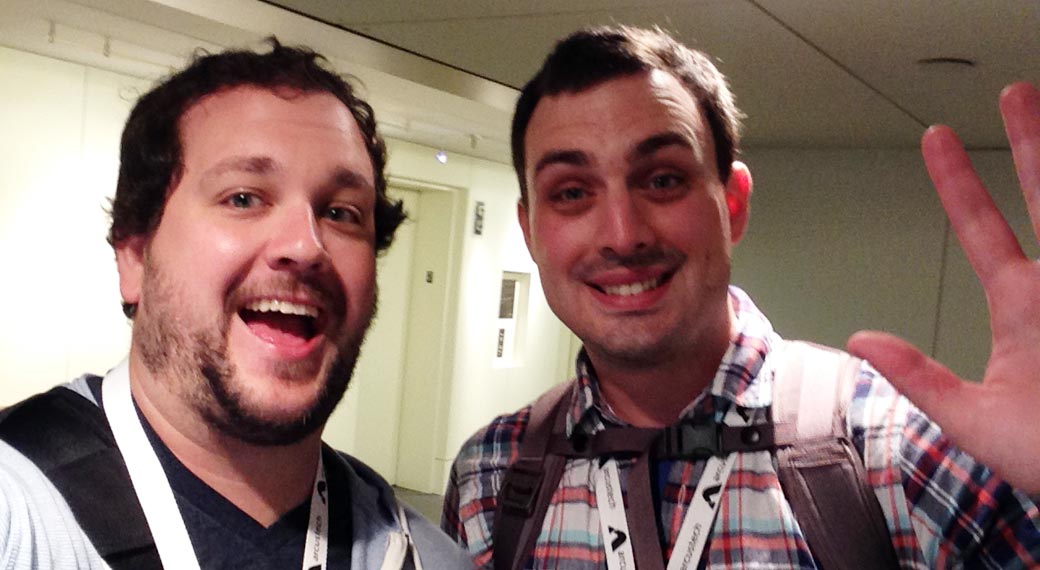 In my previous blog post about our love for Craft CMS, I wrote about how Craft 3 had been teased and how we were eagerly looking forward to its release. Brandon’s workshop covered what changes are going to be needed moving forward for Craft plugin development and what we can leverage from PHP 5.4 and Yii 2!

Ryan’s discussion was deep, really deep, but I did have a few takeaways. I learned about the pain developers had to go through in early stages to create Git objects and make a commit. I fully respect Git as a tool but having to use it the "long way" is a time consuming process. Ryan's workshop made me appreciate having tools like Tower which make leveraging Git so much easier!

Friday’s opening keynote speaker, Yitzchok Willroth, delivered a brilliant talk on the apprentice/mentor relationship and how it can elevate both people involved. Yitz encouraged developers to take on an apprentice, and developers looking for a mentor, to ask someone for help. He quoted, “cultivate for yourself a mentor, acquire for yourself a colleague” (Pirkei Avot 1:6). Yitz promoted side projects, peer code collaboration, and formation of user groups pushing developers to be more involved with teir community and not waiting for things to happen, “if not now, when?”


Following the keynote, attendees split up in to one of two tracks: business or development. For the morning sessions I followed the development track starting with the talented Una Kravets' session on front-end performance. Una took time to break down site performance to prove why it matters, and offered up a few tips and tricks to help it improve. “Amazon calculated that a page load slow-down of just one second could cost it $1.6 billion in sales each year." For more reading on this, check out More Evidence that Speed Is Key to User Experience.

Seth Giammanco introduced me to a concept called content modeling and insight in to how he uses it in his process. Content modeling is a step within the content strategy and information architecture process that allows the developers time, before wireframes or prototypes, to fully breakdown the content and have complete strategic understanding. This allows the developers to fully plan out the CMS build prior to sitting down and doing it.


After lunch, I switched to the business track. Jason Siffring offered wisdom into hiring, communication, and management of his fully-distributed team. I found this particularly useful as we continue to grow and include remote members on our partially-distributed team. Jason urged attendees to improve delegation, starting with outsourcing weaknesses.

Brad Bell followed with a talk on support and how to offer great support to your customers. Piggy-backing a bit on Jason’s talk, he offered up how Pixel & Tonic provides such fantastic support for their flagship product, Craft CMS, and continued support for their ExpressionEngine add-ons.

To conclude Friday's sessions, Fred LeBlanc gave an emotional talk on preventing burnout by learning how handle our stress levels and offering up some suggestions to make it tolerable. One of the things he did to help himself with burnout was create a board game, Arms Race. Attendees played the prototype in the hotel lobby Friday evening. 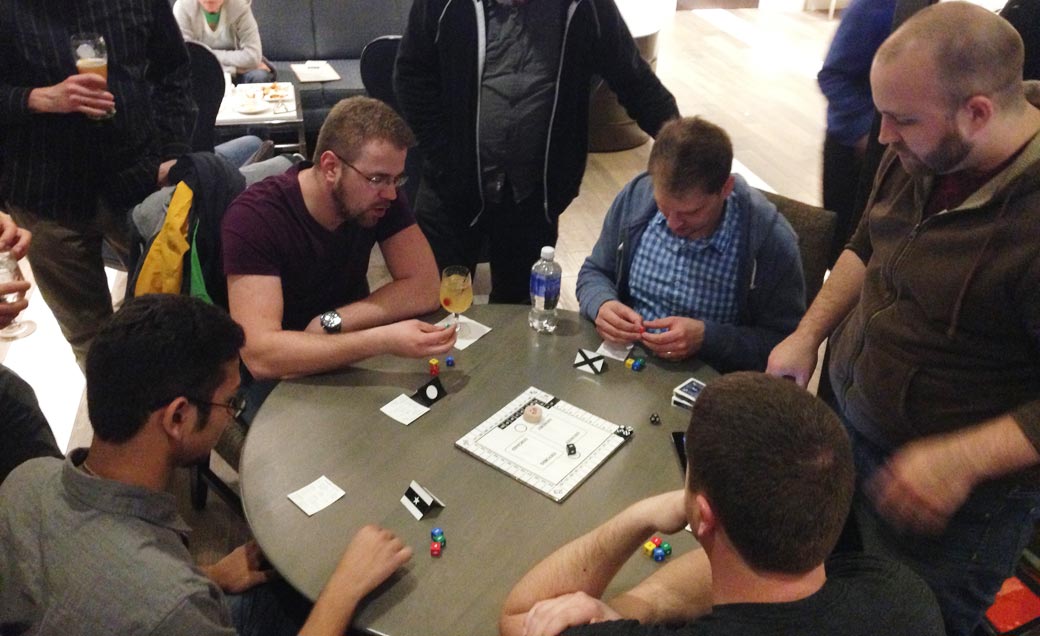 Saturday’s lineup was once again inspirational with Sam Hernandez kicking things off with a presentation on developer communication. As a remote member of an in-office team, he provided some insight as to general developer communication and how it isn’t always easy to communicate with developers. He reminded us to "be kind, for everyone is fighting a hard battle."

Amy Hoy discussed being your own angel investor and working on side projects to help fund yourself along the way (and just getting things shipped). Similarly, Mubs Iqbal followed up with a talk on the importance of side projects for experimentation, fun, exposure, and with a bit of luck, making some money.


Peers hosted a Shark Tank style "show and tell" allowing attendees to pitch their product ideas to a panel of business owners and qualified developers. This was interesting in two ways: 1.) to see what the community came up with, and 2.) to see how the “sharks” responded.

To close out the show, Rachel Andrew presented on the customer holding the secret to a company’s success, a notion all business owners should be familiar with. However, one of the best ways to do this is “ship early and get feedback.” She advised, “solve a complete problem in the smallest way possible.” I feel the same way and we are continually looking for ways to incorporate this into our design and development processes.

Saturday concluded with a fantastic after party sponsored by the great guys at Pixel & Tonic which gave everyone one last opportunity to network, reflect on the weekend, and share a few jokes. 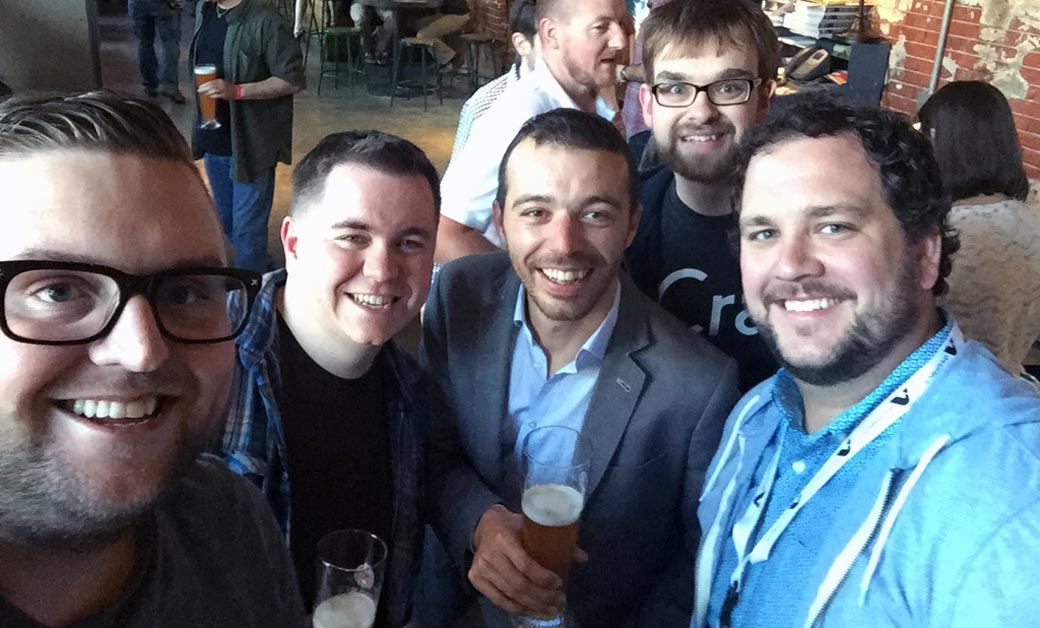 Peers for me was more than just another tech conference. It was a It was an opportunity to network with long time partners and industry friends, all working together to be a part of the greater good. It was an invaluable experience and one I won’t soon forget. Brandon's tweet sums up my takeaways as well.

Takeaways from #PeersConf: -we’re all just winging it -we’ve all been through tough times -we all should seek advice and give it freely
— Brandon Kelly (@brandonkelly) May 5, 2015

Leaving Philly felt bittersweet; the quintessential conference has come to an end, but I left feeling refreshed, inspired, and eager to get back to Charleston and pass along my learnings to the rest of the eHouse team. As Sam Hernandez said in his talk, quoting the television show Friday Night Lights, “Clear eyes. Full hearts. Can’t lose.”