Steve Stegelin, Illustrator and Cartoonist for Charleston City Paper recently joined us for our December Meetup at eHouse Studio. Steve is a Blackbaud Technical Writer by day and Cartoonist by night. His masterful pen and ink technique paired with comic strip style and impeccable hand-lettering put him at the illustrative soul of the Charleston City Paper. Steve, most notably known for his weekly blotter illustrations depicting outrageous but true stories, like the one seen here. 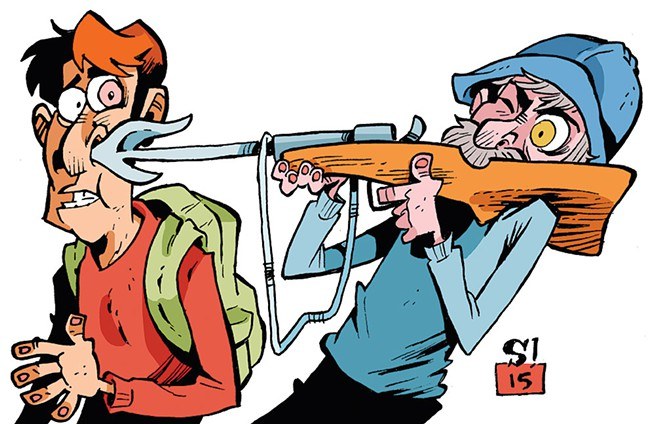 This time around we attempted something a little different. We broadcast the meetup LIVE on Periscope, which was interesting. We also streamed his inking process via DLSR to an HDTV so folks could get a better view of what we called a “live drawing” session. Thanks to the smaller turnout, due to the holiday season, fellow dribblers were able to get into a deep discussion about the illustrative process and methods.

Check out the video and commentary from the meetup below.